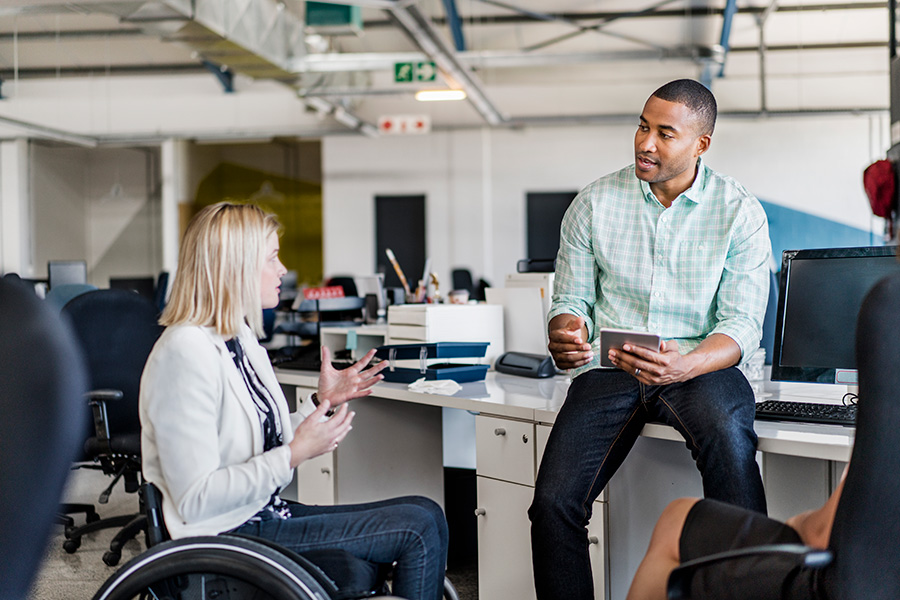 The Americans with Disabilities Act, which turns 28 this week, is the foundational civil rights law prohibiting discrimination against Americans with disabilities in employment, housing, education, transportation and public accommodations.

The ADA, along with the U.S. Supreme Court’s ruling in Olmstead and the Individuals with Disabilities Education Act, has allowed millions of Americans with disabilities to participate more fully in public life and no longer be shunted away, institutionalized or unfairly denied access to services and accommodations.

While you may associate the ADA with wheelchair ramps and elevators, its true promise wasn’t just to provide access to buildings and sidewalks – but to economic opportunity and independence as well. And by that measure, there is far more work to be done.

Breaking down the physical barriers to inclusion and access was a vitally important step, but many more subtle and pervasive barriers remain.

Part of the blame lies with public education systems, many of which are still failingto give students with disabilities an opportunity to expect and prepare for integrated employment, despite their legal obligations to do so.

State and local governments also need to do more to provide people – especially those with intellectual and developmental disabilities – opportunities to move out of segregated factory-like settings and into good-paying careers.

But another major challenge is that too many employers are failing to include people with disabilities in their definition of “diversity” and to implement hiring practices that would help close the gap.

We often encounter employers who are still hesitant to institute affirmative action programs that give explicit preferences to or prioritize people with disabilities. They shouldn’t be.

In a recent letter, the U.S. Equal Employment Opportunity Commission (EEOC) clearly affirmed that “favoring an individual with a disability over a non-disabled individual for purposes of affirmative action in hiring or advancement is not unlawful disparate treatment based on disability.” The agency made clear that private employers are well within their rights to implement affirmative action programs that include preferences for applicants with disabilities and specific goals for hiring people with disabilities, and even advertise jobs as reserved for applicants with disabilities.

There is now an established consensus that hiring people of different genders, races, religions and sexual orientations yields enormous benefits for workplace culture and the bottom line. The same is true for hiring people with disabilities.

The ADA was a giant step away from exclusion and institutionalization and towards a more inclusive, humane and just society. On its 28th anniversary, let’s work together to fulfill its true promise of equal opportunity for all.